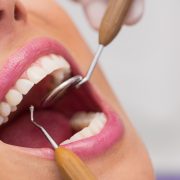 Decades ago, mercury fillings were the standard of dental care for treating cavities. As a result, millions of Americans now have mercury fillings in their mouths. However, in light of recent information and technological advances, it’s now understood that mercury fillings are dangerous. They can pose a health threat to the person who has them.

There is no safe threshold for human’s exposure to mercury. Even tiny amounts are very dangerous. Some of the dangers known to exist from mercury fillings include:

There’s absolutely zero question about the dangers of mercury fillings. Experts all agree on this issue.

Should You Have Mercury Fillings Removed?

Therefore, there is a debate as to whether or not those who already have mercury fillings should have them removed. On the one hand, having mercury fillings poses a health threat. But on the other hand, removing the fillings also poses a health threat. Who can say whether one threat is worse than the other? Your dentist in Albany can help you determine whether or not your mercury fillings should stay put or whether it might be worth considering having them removed. In general, if the mercury fillings appear to be stable, it might make sense not to touch them. However, your Albany dentist is the expert, so you can rely on their expertise to help guide you in your ultimate decision.

If you have questions about what to do about your mercury fillings, please contact us today. 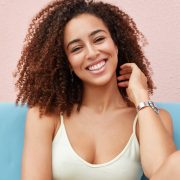 Little ones need to know that going to the dentist can be a positive experience. Once your child is older, their ideas about the dentist will be harder to change. Introducing them to this idea early is one way to help ensure that your child will have a good relationship with their oral hygiene and good feelings about seeing the dentist overall.

There are many books aimed at children that talk about how going to the dentist can be a positive experience. These books are usually structured to help children know what to expect during their visit to the dentist. Put one or two of these books in the regular rotation of books you read to your child before bed.

2. Talk Positively About the Dentist

Speaking positively about the dentist is another way to show your child that you believe going to the dentist is a good thing. Talk about how you’re looking forward to your next visit with the dentist because you like how your teeth feel clean when the visit is over.

3. Find a Dentist Who Cares

Find a dentist with extensive pediatric experience, who can talk about what they do to make younger patients feel comfortable in the dentist chair. You can even interview the dentist ahead of time.

Tooth brushing can be fun! Sing songs to your child during tooth brushing to make it a more enjoyable experience for both of you.

Visiting the dentist can be fun! To help ensure that your child has a good experience at the dentist during their next cleaning appointment and exam, contact Dental Wellness of Albany today. 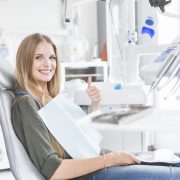 The many innovations and evolutions of dental care over the years have yielded impressive insight into how to best treat gum disease. Laser treatment is used in a multitude of ways in modern dental treatment; it is safe, effective, ad oftentimes less intrusive than other treatment methods. Laser periodontal treatment is no different.

How effective is laser periodontal therapy?

Laser periodontal therapy for gum disease is considered to be highly effective. Essentially, the diseased soft tissue is removed through therapy so new tissue can grow and the gums can properly heal. Some of the benefits of this form of treatment over the typical procedure of scaling and root planing include:

One of the bigger advantages of laser therapy for gum disease is the fact that it is not such a lengthy procedure. Normally, scaling and root planing can take several visits to complete because the dentist has to carefully work on the tissue just at the gumline. Laser therapy can be generally painless for the patient. Some patients will not even need to be injected with localized anesthetic.

How long will it take to heal after treatment?

You should start to heal relatively quickly after the procedure. The laser does not cause as much trauma to the gum tissue, which means less swelling and inflammation. Less inflammation can mean faster healing times overall.

An Albany Biologic Dentist Can Help with Laser Periodontal Therapy

Biologic dentists take the most innovative approaches to some of the most common oral health concerns. If you are interested in laser treatment for periodontal issues, reach out to us at Dental Wellness of Albany, NY to schedule a consultation. 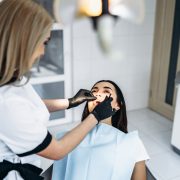 If you are like many people today, you probably have at least one silver tooth filling in your mouth. Known as an amalgam filling, it contains silver and other things, including mercury. In fact, it is estimated 120 million people in the U.S. have filling containing mercury. Due to the many health concerns associated with mercury, more and more people are starting to wonder if they need to get these fillings replaced with safer options. If this sounds like you, here are some things to consider when making your decision.

How Much Mercury is in My Filling?

In most cases, a typical silver filling will contain up to 50 percent of inorganic mercury. While any amount above 0 parts is technically considered a toxic level, it is important to remember that silver fillings with mercury have been used for well over 100 years, with few if any problems concerning mercury poisoning occurring.

Can the Fillings be Removed?

Yes. However, by doing so, you actually put yourself at greater risk of mercury exposure. When the fillings are removed, a dentist has to drill directly into the filling until it breaks apart, which can result in more mercury actually entering your body. If they are removed, it should be done only by a dentist who is certified in the process and has the specialized equipment needed for the procedure.

What Alternative Fillings are Available?

If you do remove your mercury fillings, they are most often replaced with composite resin, since this most closely matches the natural look of a tooth and is also very affordable for most patients.

If you have fillings you believe contain mercury and are concerned, you can always speak to a dentist about whether having them removed and replaced is necessary. To do so, schedule a consultation today.